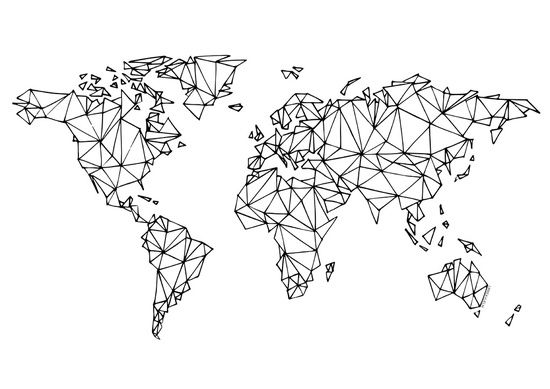 I am from one of the largest countries on earth. I grew up going to the biggest church of my denomination nationally and was well connected there. My city is very spread out, but I am familiar with most of it. Eight-hour weekend road trips were normal as my family lived to the east and the west of me. I was blessed with many friendships and had a large social network. Through my international travel, I even knew people around the globe.

My world was big, or so I thought.

Then the day came when I felt called by God to serve him on the mission field, specifically to a small island in Thailand. Rather than feeling my world grow at this prospect, I felt it shrinking around me.

I was eager and excited for this new adventure, but I wasn’t blind to the reality that in a short while, everything and everyone I knew would be replaced by the unfamiliar. I was moving from a large geographical expanse to an island the size of the city I grew up in. I was moving from a large community of believers to an unreached people group in a new field that only had a few Christian families I’d heard of. My world, so populated by spending time with numerous close friends, was about to shrink to a world with zero close friends in my vicinity.

My world would be small, or so I thought.

In retrospect, this shrinking of my world may have been the most daunting challenge I faced in following God’s call to overseas ministry. Sometimes I felt like it was wasteful to give up what I knew for what I would need to find, learn, and recreate. What really was the point of knowing where to register my car, how to apply for a rewards card, which restaurant had the best phở, or who I could rely on for an airport run, if I had to leave it and figure everything out again?

What was the point of all that?

It was in those times of frustration and anxiety that I would hear the Holy Spirit whisper in my heart that he was with me. He was with me the first time I *more or less* figured life out, and he would be with me the second time around as well. I knew with confidence that I was going where Jesus wanted me to go, and so I could do nothing but choose to believe with hope and joy that he would remain faithful.

I clung to Jesus’ words in Mark 10:29-30: “‘Truly I tell you,’ Jesus replied, ‘no one who has left home or brothers or sisters or mother or father or children or fields for me and the gospel will fail to receive a hundred times as much in this present age: homes, brothers, sisters, mothers, children and fields—along with persecutions—and in the age to come eternal life.’”

Just as the task of navigating adulthood in the West grew my reassurance that Jesus was with me through everything, so the daunting task of relocating my life, while challenging, proved to show God’s great faithfulness to me once again. Yes, my world had shrunk after moving to Thailand, but then it started to grow again. It grew and grew as I became closer with my teammates, met new people, and began to have a sense of familiarity with my surroundings, until suddenly I realized that my world was huge! One day it simply dawned on me that I no longer lived in a small, unpopulated, unfamiliar place;

I have a community here,

the feeling of family,

I recently went on a short trip visiting family over the holidays, and as I arrived back in Thailand, I had the delightful sense that I left one home to return to another. Originally, I had thought I was giving up so much to follow Jesus to the other side of the world, but really, I’ve gained more than I ever expected. Now, I have two places to call home. I have relationships with people from all over the globe who introduce me to unique perspectives on life. I regard possessions differently. I have conviction in my life and work. And, above all, I know Jesus in a deeper way.

He is my Father, Brother, and Friend; he is my world.