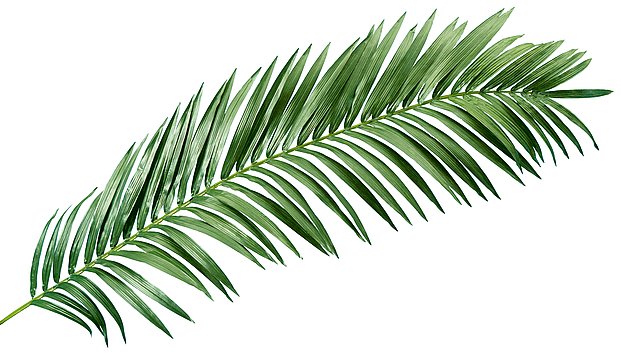 Today is referred to as Palm Sunday, which commemorates the Gospel account of Jesus entering Jerusalem and being celebrated as the Jewish king. The people of Jerusalem took palm branches and spread them on the road before Jesus, and the crowds were joyfully shouting, “Hosanna to the Son of David! Blessed is the king who comes in the name of the Lord! Blessed is the coming kingdom of our father David!”

You see, the Jews had long been looking for the coming of their Saviour, the anointed Messiah, the one who would free the Israelites from Roman oppression and restore the kingdom of God. They saw the miracles Jesus performed, they heard him teach with authority, and they believed he was the one the prophets had foretold. They were right, and so they celebrated him. When some of the Pharisees took offense at this display of adoration and told Jesus to rebuke the crowds, Jesus replied in Luke 19:40 that “if they keep quiet, the stones will cry out”; so great was the honour Jesus deserved.

What you must now realize is that these Jewish people were re-enacting a portion of Scripture from Psalm 118. This is a psalm of thanksgiving, well known by the people, who quoted verses 25 and 26 to Jesus: “Lord, save us! Lord, grant us success! Blessed is he who comes in the name of the Lord. From the house of the Lord we bless you.” The phrase, “Lord, save us!” is the English translation for the Hebrew word “hoshiya na” or “Hosanna”, as it was translated in the Greek New Testament. While originally penned in Psalm 118 to mean “Help! Save me!”, the very next line exults over he who is coming to bring salvation, and so over time the meaning of the word shifted. John Piper described how, “gradually, [hoshiya na] came to mean, ‘Salvation! Salvation! Salvation has come!’ It is the bubbling over of a heart that sees hope and joy and salvation on the way and can’t keep it in.”

That day, the Jews saw their hope and joy and salvation coming in Jesus, the Son of David, and so they praised his with shouts of “Hosanna”. They remembered Psalm 118:27, “With boughs in hand, join in the festal procession”, and so they lined the road with palm branches and paraded toward Jerusalem. They were ready to celebrate the king they anticipated, but they had no idea what kind of king they were worshipping.

Here is the rest of Psalm 118:27: “With boughs in hand, join in the festal procession up to the horns of the altar” (italics mine). The people were leading their triumphal king to Jerusalem to present a sacrifice to the Lord at the temple. They thought Jesus would be a king like David, restoring Israel’s prosperity, ruling their land, and maintaining the Law. They had no idea that Jesus was the suffering servant Isaiah referred to, that Jesus was the sacrifice that they were leading up to the horns of the alter. Isaiah 53:7 says, “he was led like a lamb to the slaughter.”

When I first realized the disparity between Psalm 118 and the Gospel accounts, how the people’s expectations were so very far from the far better reality of Jesus’ eternal kingship, tears came to my eyes. What a King! What a Saviour! What an undeserving people we are, the Jews then and us today, to have the Lord of lords give up his place of honour and sacrifice himself so that we may live. Jesus bore our sins to make it possible for us to have relationship with him. He did that for us, we who are just like those people who, only days after shouting “Hosanna!”, were shouting “Crucify him!”

It is no wonder that the account in Luke tells us that, as Jesus approached Jerusalem and saw the city, “he wept over it and said, ‘If you, even you, had only known on this day what would bring you peace—but now it is hidden from your eyes.’”

Let us not forget what brings us peace. Let us not forget where our salvation comes from. The next time you sing “Hosanna”, remember what Jesus did for us on the cross, and know that you can joyfully place all your hope in him, because Jesus is King now and forever. His love is as strong as death and triumphs over the grave. Hosanna! Salvation has come.